I’m writing this blog post in full knowledge (and excitement) that it will upset many people. As you peruse my article in scorn, try to keep in mind I’m just the messenger and I’m never, ever wrong. 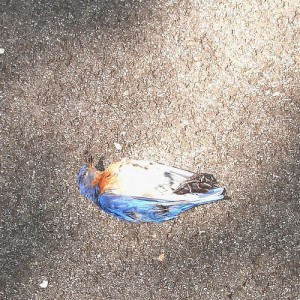 What is Twitter?
In case your television, computer, radio, phone and social life have been broken for the past year, let me bring you up to speed. Twitter.com is a relatively new concept in the world of social media. Essentially, people from all over the world can signup for an account and Tweet (post) their every thought and action during the waking hours of their day while staying up-to-speed on their friends’, family’s and favorite A-listers’ recent break-ups and bowel movements.

It’s a decent concept, in theory. And the fact is Twitter has millions upon millions of users from around the globe. By most measures, this would equate to a successful web service. But there are always exceptions (especially when you’re as cynical as I am). Twitter’s original mission was to get the world to proclaim their every random and insignificant thought several times throughout the day. Well, with the exception of Ashton Kutcher and Tony Hawk, they failed miserably. (Hey, 2 out of 6,000,000,000 aint bad).

The Problem
People don’t Tweet. They read celebrity Twitter feeds and obsess over every last pixel. But the key point remains that the average person has no interest in posting on Twitter. Well, maybe a couple of their friends Tweet from time to time? Yea, to all 20 of their followers, it’s very exciting (here’s hoping blatant sarcasm translates on digital print). In browsing the vast sea of Twitter members, you’ll find this site to be nothing more than a handful of high-profile endorsers masking an endless ghost town of abandoned feeds and one-post Mickey’s. Twitter.com may have succeeded at telling the world what Britney Spears has for lunch, but they failed at their mission of massive social flux.

PEOPLE DON’T LIKE TO BE SHOUTED AT!!! It’s one of the primary rules of Marketing. Your audience has no interest in YOU telling THEM anything. So how can anyone think a website that solely promotes mini-manifestos by some of the world’s most arrogant personalities be a good idea? Aside from the self-indulgent Tweets, there are the peddling, self-promoting sales pitches from companies, bands and organizations. Although they tend to have a decent amount of followers, nobody cares about their posts… ever. Whoops – Twitter developers accidentally wasted half a decade programming a service that the human race will get sick of far before they finally stop wearing scrunchies, eating red meat or having white Presidents.

There is little to no interactivity. People have zero interest in typing an “@” symbol just to communicate with fellow members of an online network. Twitter is like a one-way mirror for vain individuals to make loud and assuming proclamations to the world without having to suffer the inevitable and unfiltered reflection that a comments feature would welcome.

Bottom Line
Twitter is dead. The bird bath is empty and the World Wide Web has no intention of refilling it.