ACEFEST has been graced with the extraordinary talents of many female directors and writers in the past 3 years. We’ve had women judges, filmmakers, speakers and even prize winners. As wonderful as this is, why is it the exception? 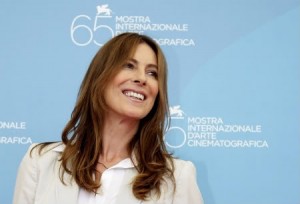 NO FEMALE DIRECTOR HAS EVER WON AN OSCAR.

Let’s change this – please! Why is filmmaking the “boys’ club” of the creative world? Kathryn Bigelow will cross her clammy fingers at this year’s Academy Awards for her masterpiece, The Hurt Locker. Could this be a new era of women filmmakers? The stats elude to… no. In a recent study by San Diego State University, only 9% of Hollywood directors in 2008 were women – the same findings recorded in 1998.

Enrollment records prove there is a substantial female presence at film schools world-wide. Yet, so few make feature film. Are they making short films? As bold as it may sound, do women only make short films!? Ladies, does duration really matter?

Truth is, Hollywood has a deeply-rooted, chauvinistic history. Do women perhaps threaten production execs with their feminine themes and emotionally-driven plots? We don’t know the answer. We know from experience that women filmmakers have given some of the most memorable cinematic gifts to this world and we owe them more than sexism and unequal opportunities. It’s 2010 and times are changing for the better, but not nearly fast enough.